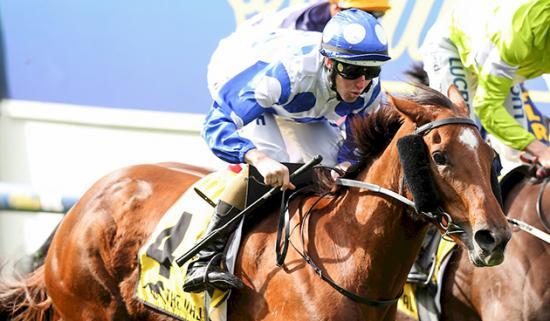 It’s Australia Gunieas Day at Flemington on Saturday and we’ve barely caught our breath after a huge week at the Melbourne Premier Inglis Sale where we purchased another 10 yearlings to bring the 2017 crop total to 27 yearlings across the Magic Millions, NZ Premier, Inglis Classic and Inglis Premier Sales. What a great group of yearling’s we’ve put together and be sure to visit our ‘Ownership’page for all the details. We have a great mix of stayers, sprinters, early types and all at varying prices. Something for everyone!

Our attention quickly turns to Flemington this weekend when Dalziel Racing saddles up three runners, including two chances in the Group 1 Australian Guineas over 1600m. The day kicks off nice and early in Race 1 with our Group 2 winning mare Catch A Fire resuming off a freshen up after her luckless run on Gold Coast Magic Millions Day.  This quality mare takes her place in the 1100m dash for the girls up the famous Flemington straight and It looks a lovely assignment for the daughter of Sebring.  It’s the first time she’ll race up the straight, however providing she handles it well,  then she looks very well placed in what looks a winnable race.

At 4:30pm it’s the big dance, the $750,000 Group 1 Australian Guineas over 1600m. In what is arguably the strongest Australian Guineas in recent years we saddle up both THROSSEL for Ciaron Maher and HARLOW GOLD for Team Hayes and Dabernig. Both horses have drawn perfectly and will remarkably jump side by side in barriers 7 and 8!

After an up and down spring Throssel, a son of Captain Sonador, returns to the scene of his biggest triumph when winning the Anzac Stakes over 1400m almost a year ago. He resumed in the traditional lead up race a fortnight ago, the CS Hayes Stakes, where he finished off soundly behind the favourite for Saturday’s race Hey Doc. Throssell is as honest as the come and whilst he needs to improve again off what he did first up he is capable of running a race from the good draw and hopefully Linda Meech can get the best out of him.

Harlow Gold, our VRC Oaks placegetter, also heads in to the Guineas second up after closing off strongly for third against the girls in the 1400m Group 3 Vanity. The promising daughter of Tavistock is en route to what will hopefully be the ATC Oaks at the Championships in Sydney, however she has come back bigger and stronger for her Autumn campaign and is a live chance in a very open Guineas on Saturday. Regan Bayliss stays on board (no chance of separating these two!) and from barrier 7 the pair should be able to stalk the leaders and close off strongly as they charge down the Flemington straight.

Not to be forgotten are our Queensland team with Fogoso taking on just 6 competitors over 1400m at the Gold Coast on Saturday and Wicked Queen looking to finally break through after two thirds in a row when she lies up at the Sunshine Coast on Sunday over 1400m. We also have the QLD warrior Apple Thief heading to Eagle Farm over 1400m and all three horses are under the care of our QLD training team of Bryan and Daniel Guy and look genuine chances in their respective races.

Good luck to all our owners and connections with runners thus weekend!

And remember to check out our ‘Ownership’page for all the details on our yearlings purchased this year!