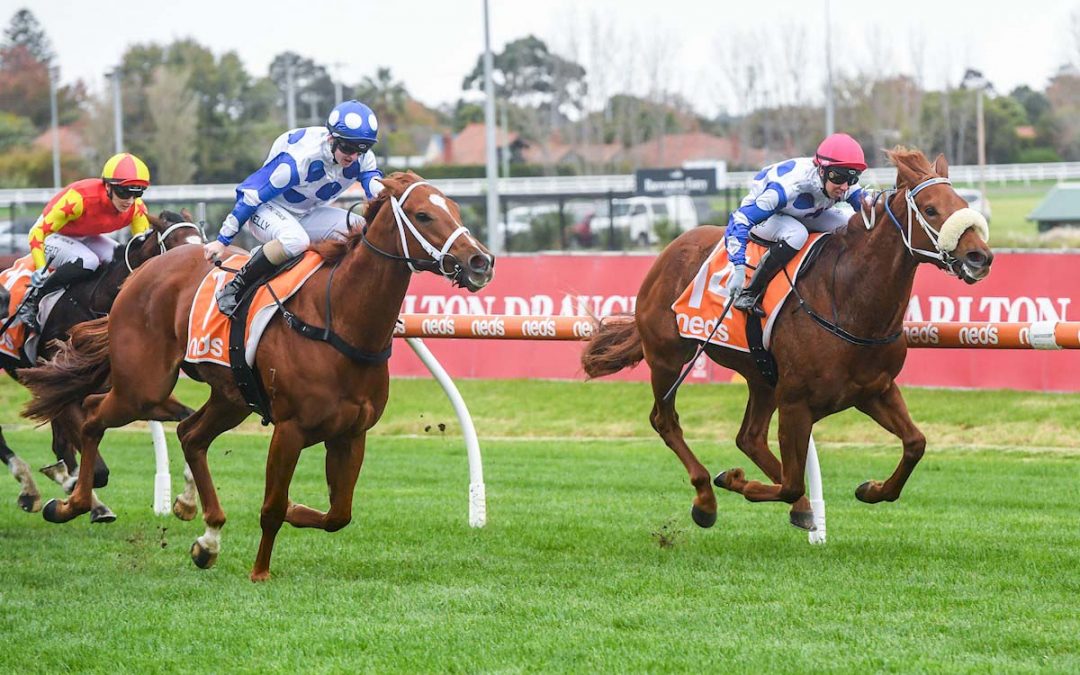 In a banner day for Wylie Dalziel Racehorse Syndications, Dance to Dubai and Aquagirl fought out the finish to score a Saturday quinella at Caulfield.

Both horses were scouted and purchased at the same Magic Millions sale by Wylie Dalziel and Peter Moody, with Dance to Dubai landing in the champion trainer’s boutique stable.

“We know she goes well fresh, we know she’s a good on speed horse, so everything added up for her and she had the light weight,” Dalziel said of Dance to Dubai.

“It was all looking great for her until Phillip Stokes entered Aquagirl in the race which, whilst it’s not ideal to have two in the same race, the best result is to get the quinella and that’s what happened.”

The pair were purchased for $110,000 and $55,000 respectively and both loom as potentially valuable broodmare if they do hit the sales on May 24 having eclipsed their original purchase prices in prizemoney and in Aquagirl’s case by almost 500%.

“We’ve actually nominated them both for the sales just to keep that option open for them but they’ve run really good races so we might have to go back to the drawing board,” Dalziel said with a grin in his post-race interview.

“Aquagirl ran a super race and I am just wrapped for all the connections of both horses and personally I have a share in both as well, so it’s terrific to be a part of it all.”