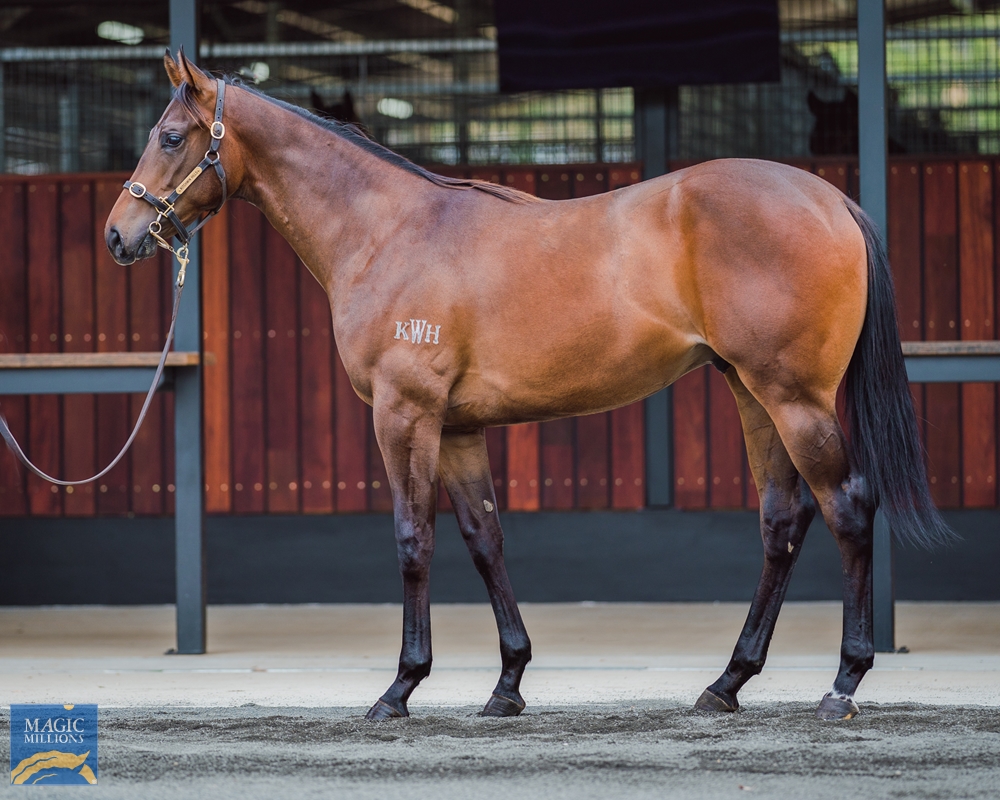 This lovely moving yearling colt is by the first season exciting first season sire Exceedance who was a fast sprinter in Australia winning from 1100m to 1200m. He won 3 races including the Group 1 Coolmore Stud stakes. This yearling colt is related to some very good sprinter milers and has a 2×3 cross in his pedigree to one of the world’s most successful stallions in Exceed and Excel . His dam Sugar Rush won 4 races from 1200 to 1400 and is by the great stallion More Than Ready. He was very well bought and looks a real 2YO runner. He was bought for well under the Magic Millions book1 sale average and champion horseman Peter Moody will be training him for us.

Peter Moody has limited room in his stables and works closely with Wylie each year to ensure that interested new people are given the opportunity to race horses with him. Peter Moody is currently 2nd on the Victorian trainer’s premiership. He has one of the highest strike rates of any trainer in Victoria and is also running in 2nd position on the metropolitan trainer’s premiership, not far behind the biggest stable in Australia with significantly less runners than any other stable above him on the training premiership.

The Magic Millions race series covers all races in all States and are eligible for all race days during their racing careers not just the 2YO race next year.

Feature night racing will play a significant role annually as part of the 2025 The Star Gold Coast Magic Millions Carnival, with the unveiling of a new $5.25 million, six race program to take place from Friday, January 10, 2025, the evening prior to the renowned race day.