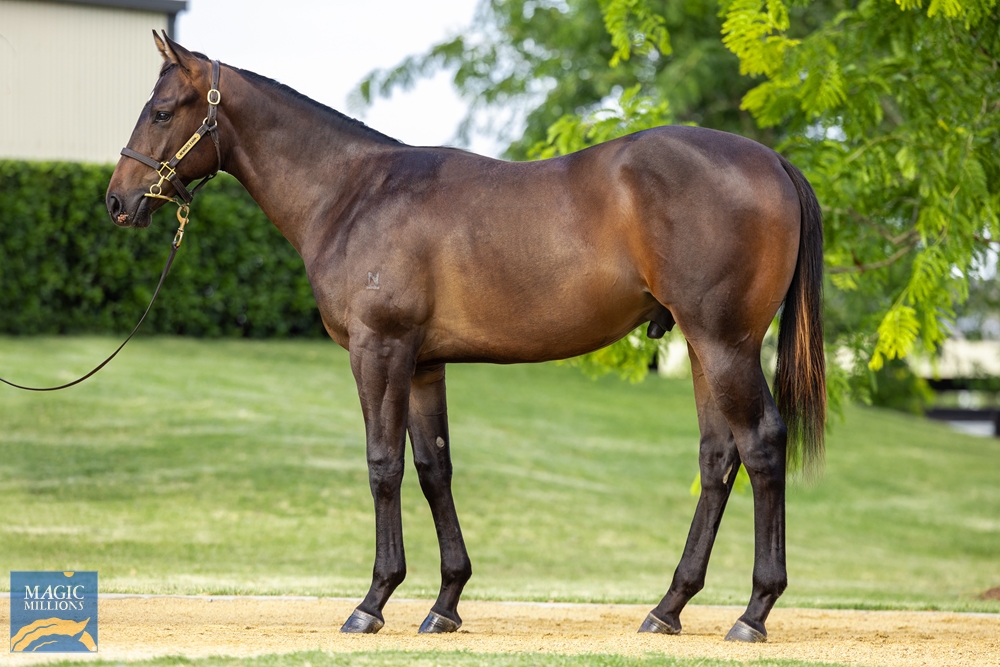 Another exciting first season sire Cosmic Force is a son of successful stallion Deep Field .Winning 3-time sprinter in Australia from 900 to 1200m. He won 3 races including the Group 2 Roman Consul stakes .This  yearling colt is a great type and looks a runner and has Stakes performers all through his pedigree starting from his mother Coco As In Chanel. She has already produced a winner Ascalon who is a 2-time winner in Japan. This is the second foal, and he is a really good-looking powerful sprinting type who also looks a 2YO running type with good scope to go on through his career. Peter Moody has selected this colt with Wylie. He was bought for well under the Magic Millions book1 sale average and champion horseman Peter Moody will be training him for us.

The Magic Millions race series covers all races in all States and are eligible for all race days during their racing careers not just the 2YO race next year.

Feature night racing will play a significant role annually as part of the 2025 The Star Gold Coast Magic Millions Carnival, with the unveiling of a new $5.25 million, six race program to take place from Friday, January 10, 2025, the evening prior to the renowned race day.