Miss Wonderland and Catch a Fire Set to Shine while Team Dalziel prepare for the sales action! 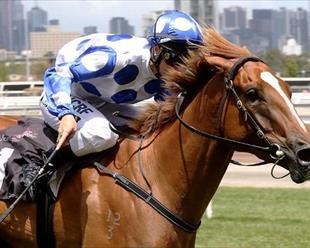 Saturday’s rich Magic Millions Race Day sees close to 100 horses battle it out for a share of $10 million in prize money – the richest sales based incentive race day in the world. To qualify you simply need to be purchased through the Magic Millions sale and show up each January, right? Not quite.

The hours of work that go on behind the scenes, inspecting close to 1000 yearlings, then shortlisting, then the final inspections and veterinary checks, before finally the action heads to the sales ring where you try and snare yourself a future champion – hopefully. This is the Magic Millions, this is the yearling sale circuit, and every year Dalziel Racing spend hundreds of hours trying to find the next star while focusing on value for money, affordability and diversity.

Yet again Dalziel Racing will have a strong presence at Saturday’s Magic Millions Race Day on the Gold Coast, the reward for such diligence in selecting our yearlings,  with MISSWONDERLAND (PIC) lining up in the $2m 3yo Magic Millions Guineas over 1400m and CATCH A FIRE in the $1m Fillies & Mares Sprint over 1300m. Both horses were purchased through the Gold Coast Magic Millions Sale and are evidence of the hard work Team Dalziel put in when selecting and purchasing yearlings. And to demonstrate the diverse portfolio we offer to our clients Miss Wonderland was a $200,000 yearling purchase selected in consultation with Dalziel Racing’s Bloodstock Manager Peter Moody and Catch A Fire was purchased for just $40,000 and is already a Group 2 winner with close to $300,000 in the bank. You can expect to see a large contingent of the Blue and White army on track at the Gold Coast on Saturday as the girls look to bring home the riches in a great day of racing to come.

Back to the sales ring and Wednesday (11th) see’s the commencement of the 2017 Gold Coast Magic Millions Yearling Sale. Our team including Wylie, Peter Moody, Ciaron Maher (pic), David Hayes and Phillip Stokes have been on the ground at the sales complex since Friday and are looking to secure another great bunch of yearling’s to kick off 2017. Some of our success from the Magic Millions Sale to date include:

Miss Wonderland –  cost $200,000 and is already Group 3 placed and a Flemington winner from 5 starts.

Other purchased who are lightly raced but showing outstanding potential include:

Devious maid (Full sister to Bring Me The Maid) 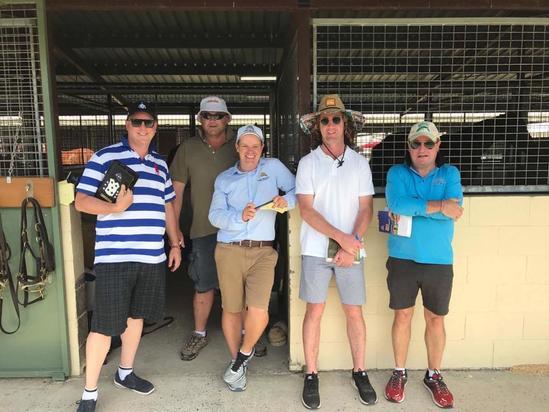 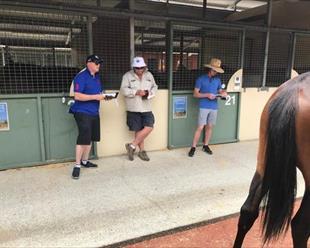