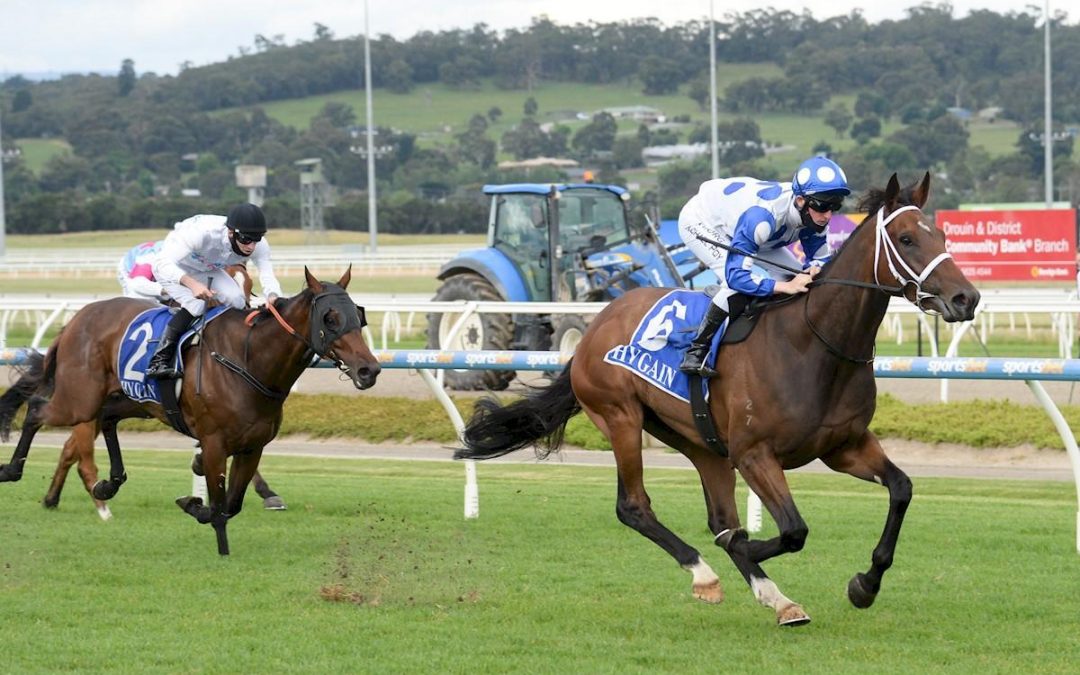 Trainer Phillip Stokes is yet to miss a top-four finish with any of his dozen starters at Pakenham Synthetic since the first meeting at the venue this autumn on April 29. He has prepared six winners and two seconds in the period.

Stokes’ record on Pakenham’s turf track is similarly envious with 15 wins and 22 minor placings from 58 starters this season.

“Full credit to the team, they’re all racing well,” Stokes said. “My staff at Pakenham are doing a great job.”

Mr Joobs won his maiden over 2500 metres on Pakenham’s turf track last November and notched his second victory fourth up this campaign under apprentice Josh Richards in the $23,000 Thai Airways BM58 Handicap (2200m).

Richards positioned Mr Joobs three wide with cover in the second half of the pack before looping his opposition and overhauling Mischinka ($5.50) in the final few strides.

“It was a hard watch, they went very slow and it was lucky he was in that three-wide line and Josh (Richards) was able to produce him at the right time,” Stokes said.

“The big fella got the job done and I’m really happy for Wylie (Dalziel) and all the connections, he’s a good story this horse, we only bought him for $4000 so we’re well in front.

“We’re going to have a lot of fun with this horse, he’ll go through his grades and is just a really nice horse to have around.”

Mr Joobs has collected $53,630 in prizemoney from nine starts. 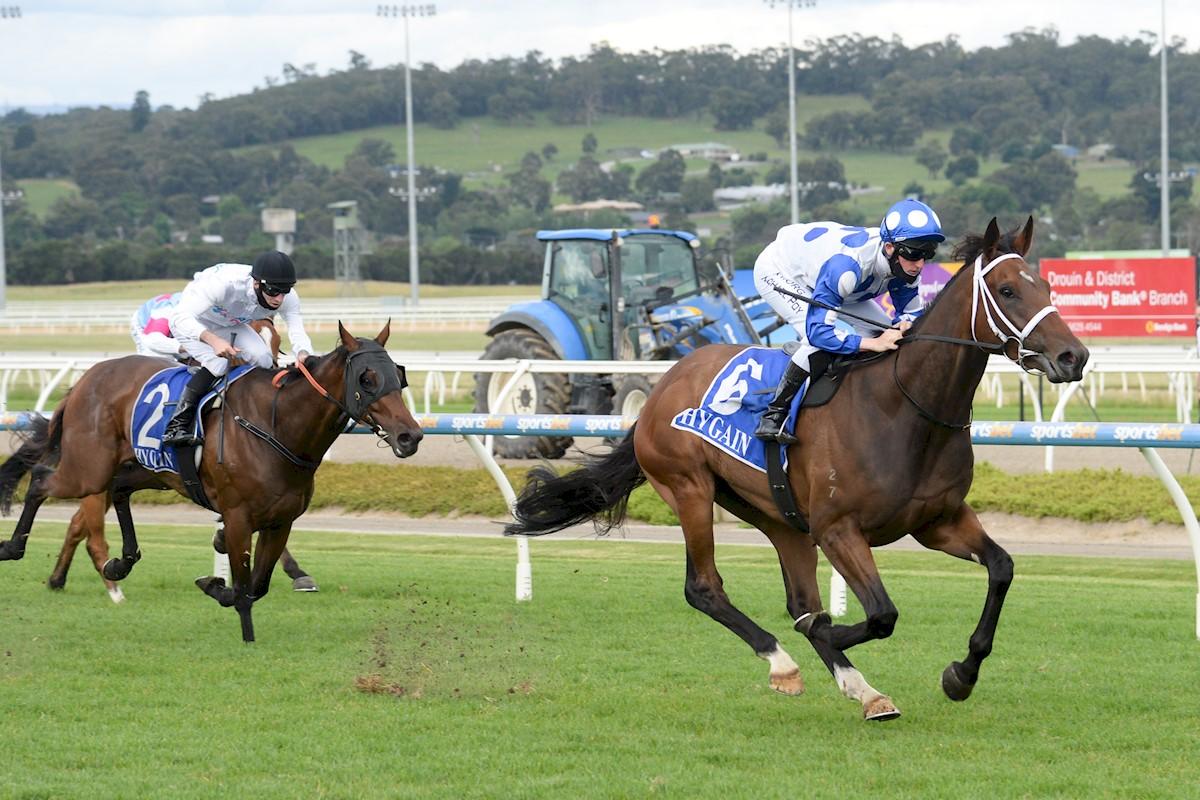