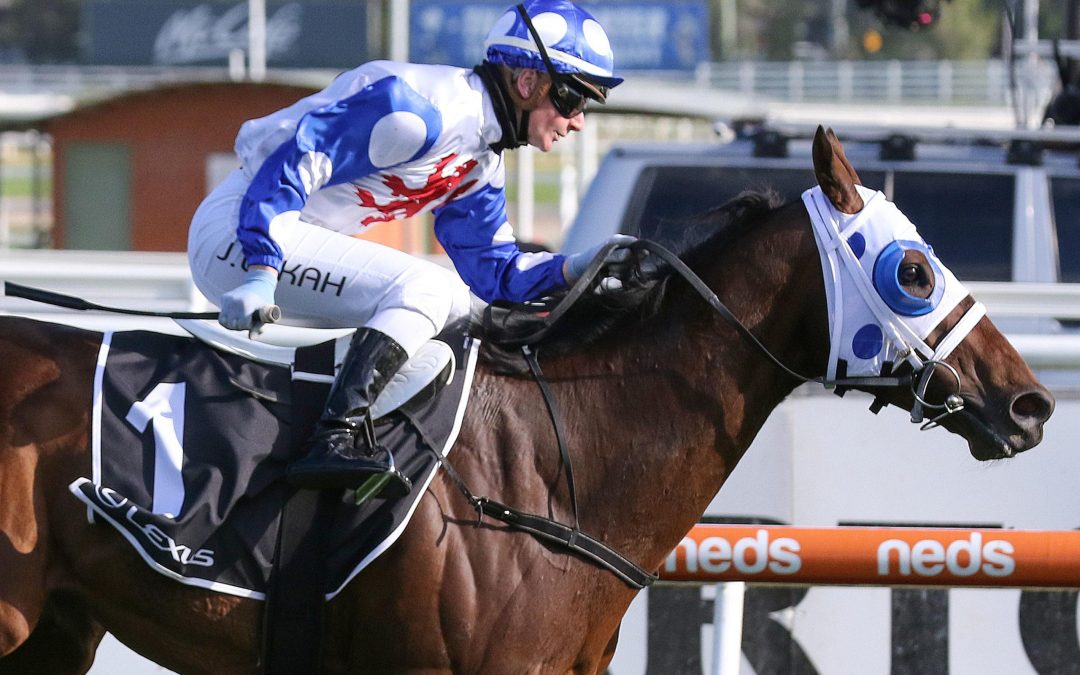 Mr Quickie won his first race for more than 15 months when Jamie Kah produced a stunning ride in the Group 1 Toorak Handicap (1600m) at Caulfield on Saturday.Our Trainer Phillip Stokes thanked Kah for her handling of the galloper, who had been luckless in many runs since his 2019 Queensland Derby victory but has also been at fault himself.

“Jamie Kah, what a booking,” Stokes said. “She gave him a peach of a ride. He hasn’t jumped that clean for that long and it was really nice to watch.

“It was fantastic. Full credit to Wylie Dalziel . We bounced a lot of ideas off each other, including Peter Moody, and we thought this was the best way to go.

“We’ll go to the Kennedy Cantala Mile on the last day of the carnival. It’s good to see him back. He’s found form. We’ll keep him happy. It’s a big thrill to win a Group 1 for the team here in Melbourne.”

Starting at $21, Mr Quickie found the quickest way home on the inside before Kah switched him around the heels of $4.80 chance Buffalo River to run clear and win by two lengths, with Superstorm ($8) also finishing fast on the rails for third Kah said she realised the starts have been a problem for Mr Quickie.

“He’s just been doing a few things wrong, this boy,” she said. “He’s not been jumping and giving them too much of a head start, which you can’t be doing in these races.

“He’s such a talented horse on his day and they’ve found the trick to him fresh and I’d like to stick with him now.

Mr Quickie was purchased from the Gold Coast Magic Millions Sales by Wylie Dalziel and Peter Moody for 115K FOH from the Draft of Rosemont  Stud who also retained some ownership in him. Mr Quickie has now won just under 1.7 million in prizemoney.