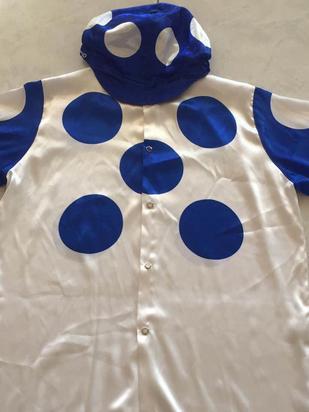 3yo filly ZOLANI got a big three days of racing for Dalziel Racing off to a winning start when a strong winner over 1400m at Pakenham on Thursday (below). Ridden by Luke Nolen the daughter of More Than Ready settled well back in the field before charging home over the concluding stages to win with a bit in hand on the line. It was Zolani’s third career win from just seven starts, bringing her prize money to close to $50,000 already. Our Caulfield trainer Ciaron Maher puts the polish on this tough little filly and we are thrilled with the way she is continuing to improve with racing. Well done to everyone involved.

Whilst we are thrilled to get yet another winner with ZOLANI the next 48 hours is all about the 2yo’s!!

Day One of the Swan Hill Carnival see’s two Dalziel Racing 2yo’s making their debut for our Lindsay Park based trainers Hayes, Hayes and Dabernig. THE CHARMER, a colt by champion stallion SEBRING, lines up in the first race of the three day carnival when jumping from barrier 8 over 1200m. He is one of only three horses making their debut in the event, however the team at Lindsay Park are looking forward to seeing what he can do with Victoria’s leading hoop engaged in Beau Mertens.  Straight after in Race 2 is the filly QUICK VERSE, a daughter of exciting stallion POET’S VOICE, who tackles the older fillies and mares from the nice draw in barrier 5.  Beau also takes the ride on this sister to top quality galloper My Country and from the good draw she can make her presence felt on debut. Both horses were purchased at the 2016 Gold Coast Magic Millions Sale and look to be nice types on the up regardless of what the do on debut.

Heading north to Brisbane on Saturday we have exciting 2yo SILKY BROWN, who lines up in the Group 1 J J Atkins over 1600m. Jumping from barrier 8 of 15 this $30,000 purchase, a daughter of Captain Sonador, should get plenty of galloping room and after the way she hit the line over 1350m last weekend she is going to relish the step up to 1600m on Saturday.  Win, lose or draw we couldn’t be happier with the way Bryan and Daniel Guy have prepared Silky Brown and with an ounce of luck and a good even tempo up in front she will be charging home late and hopefully running in to the finish!

Best of luck to all of our connections – Pakenham to Swan Hill to Doomben!