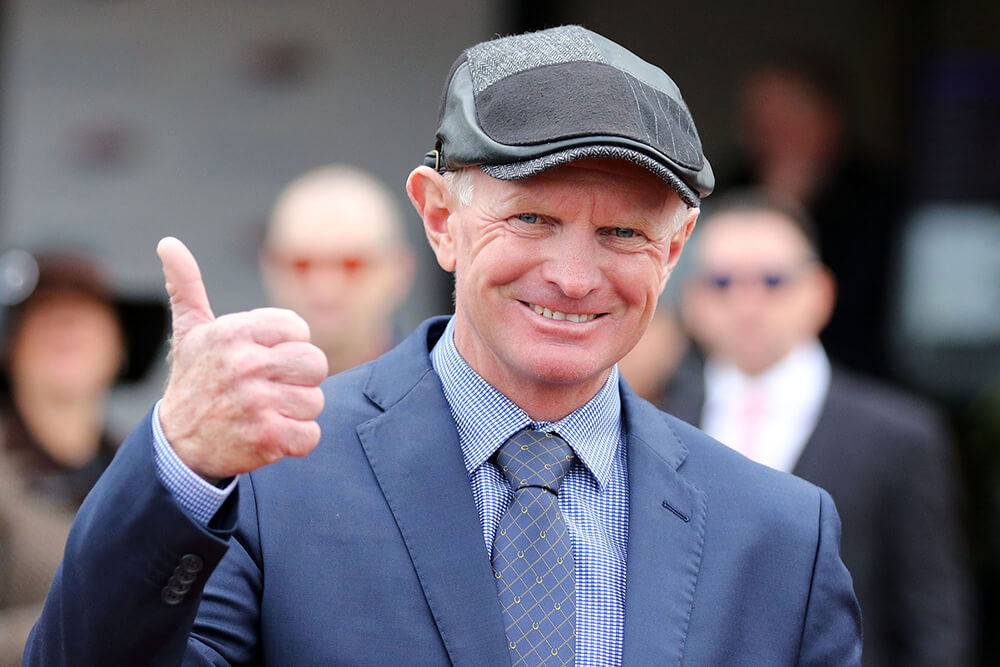 Phillip Stokes is never far from the conversation when people start talking about winners.

Known for his training feats in South Australia and then his raids in Victoria, Stokes has become even more prominent since expanding his stables to Pakenham’s state of the art training complex at Tynong.

Despite not having the numbers as some of the bigger stables, it’s actually the numbers as in winners which sees Stokes’ name almost permanently in the top of the table of the national trainers’ premiership.

His strike rate – runners to winners – is exceptional and envied by many and often achieved with a low rate of runners compared to the bigger trainers with satellite stables the major racing jurisdictions.

Stokes has only two bases, his stables at Morphettville and on course at Pakenham.

And he continues to have great success with the array of horses he trains for Dalziel Racing, headed by the Group 1 Mr Quickie which achieved the ultimate success in both the Queensland Derby and Toorak Handicap. Mr Quickie has now won more than $2 million in prizemoney.

Stokes has also had great success with another of Dalziel Racing’s purchases, the dual listed winner Ancestry. The gelding has started 18 times for nine wins and one third and has won more than $500,000 in prizemoney.

Stokes was always destined for a life with horses after spending his very early years with his parents on a cattle station knocking about with his brothers. It then that he discovered his passion for horses. His father had always had a close affinity with horses and it wasn’t long before a young Phillip was in there helping his father break in and educate the station’s emerging horses.

As a 15-year-old, a riding career beckoned and he soon found himself apprenticed to John Hall at Morphettville and later completed his time at Alice Springs with Viv Oldfield. After riding many winners, nature started to take control and his increasing weight made it difficult for him to continue riding so he made the decision to pack his bags and head abroad to broaden his knowledge.

His travels would take him to some of the world’s leading thoroughbred training capitals, including time in America with Bill Mott, in France with John Hammond and 10 years in Japan at Taiki Farm which has produced some of that country’s best Group horses.

Whilst working in Japan he also met his lovely wife Ayumi who has been pivotal to the success and continuing support of Phillip’s endeavours as well as producing their two boys, Tommy and Kerrin who are very much a part of the Stokes Racing Team.

His local and international knowledge has become invaluable in the way he approaches his training methods and firmly believes in having a hands-on approach when it comes to his horses.

Phillip has a special ability to get horses ready for the moment and is an advocate of regular beach work and chiropractor visits ensuring his horses are healthy and happy. Combined with his personalised dietary and physical attention for each horse, it has proven to be the right medicine to his on track success.

In 2019 Phillip opened his Victorian Stables on course at Pakenham, giving him the advantage of full-time stables in both South Australia and Victoria.

His black type success has been outstanding with the three Group 1 victories out of his Adelaide Stables being Marju Snip and Maybe Discreet both in the Australasian Oaks and the $1 million performer, Hucklebuck winning the Emirates Stakes on the final day of the Flemington Spring Carnival in 2014 (the stable had three winners from three runners on the final day to finish with four winners for the carnival and equal top trainer).

And Phillip is proud that his first Group 1 winner out of his Pakenham Racing Stables was Mr Quickie who won the 2019 Queensland Derby.

Other very good horses in the stable have been Super Satin who spent his formative days in Adelaide before going on to win the Hong Kong Derby at Sha Tin and also the ill-fated Magic of Music.

Phillip has built a fantastic reputation for guiding fillies to black type race success and his open mind with his horses allows the stable to tackle any race across Australia. If the horses are going well enough, Phillip and his team will travel them to their best advantage.

Phillip Stokes Racing is backed by a committed team of staff dedicated to provide the best results for their clients.