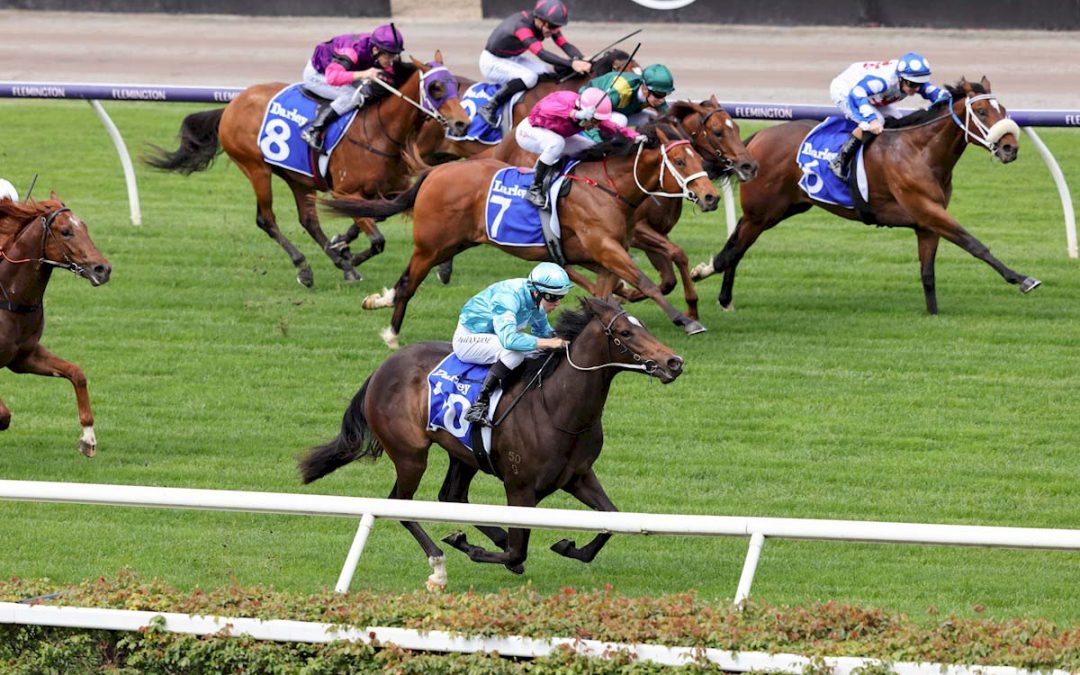 Rampant Lion our 2YO son of the almighty stallion Frankel made a solid debut running third in the first Stakes race in Victoria the Maribyrnong trial stakes run at Flemington on Saturday the 2nd of October.

The $160,000 1000 metre dash was run down the famous Flemington straight with the 10 runners forming 2 groups on the inside and outside rails. The winner looked to have the advantage drawing the outside barrier which proved to be the place to be throughout the days straight track races. Rampant Lion raced very green and a little wayward but stuck to his task well to finish a strong third place. He will now be put out for a spell and be set for the good 2YO Autumn races in the new year and our owners look to be in for a bit of fun with this colt.

Click on image below to watch Rampant Lion in Action