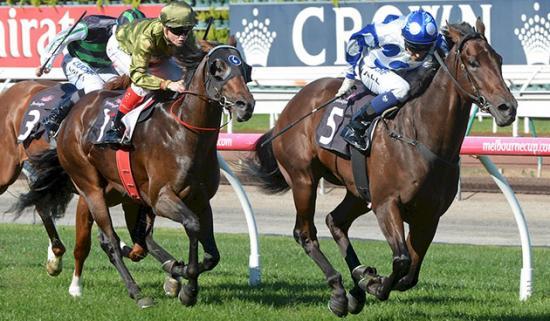 A horse named after a Victoria Cross recipient has taken out the Listed Anzac Day Stakes at Flemington.

Now in the care of trainer Ciaron Maher, the two-year-old started out with trainer Peter Moody who also owned a large share in it until he decided to close his stable when he began a six-month suspension last month.

‘I bought 22 yearlings with Peter Moody and whatever we didn’t sell he was going to keep and race,’ syndicator Wylie Dalziel said. ‘When he had to pull the pin, he had to sell.’

After syndicating the rest of the horse, Dalziel said they threw two names at Moody and let him decide what to call the two-year-old.

‘He likes to call all his horses after war veterans or anything to do with war history,’ Dalziel said.

‘We decided Throssell was a good name. It’s obviously after a war veteran and I told everyone he was the omen bet today.’

The fourth race on the Anzac Day program at Flemington was named the Hugo Throssell VC Handicap in honour of the war hero.

A debut winner of a Bendigo maiden, Throssell ($9) covered ground at his second start before going on to win by 1¼ lengths from Pyx Chamber with a length to third-placed Smart As You Think.

‘The horse still has no idea what he’s doing,’ Maher said.

‘He was off the bit before the turn and didn’t really know how to build into the race. What he’s doing now, he’s doing on raw ability.

‘He’s got a bright future I think.’ 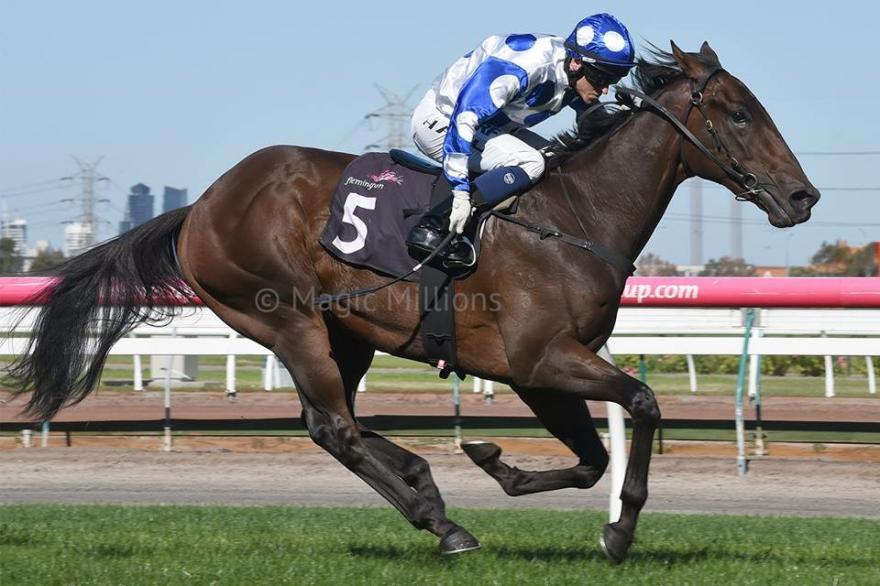