From Outcast To In Vogue, Pounding Gets Another Win 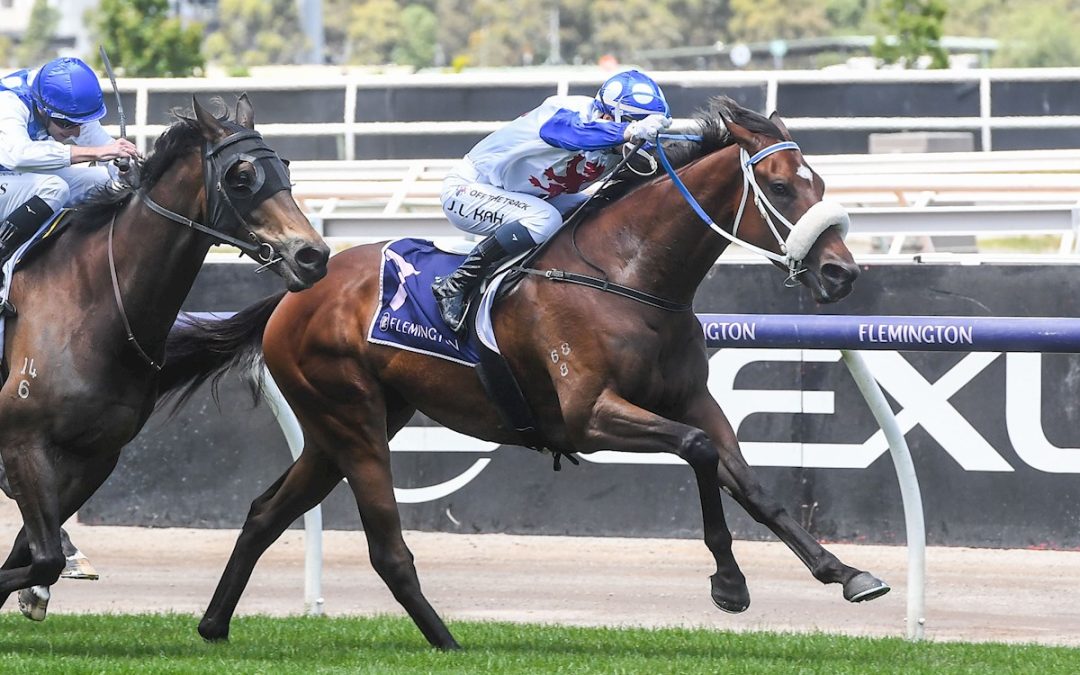 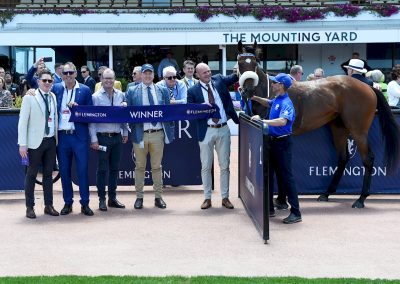 It was a case of drop back in grade and step up to the winner’s stall for Pounding as the consistent gelding in the Dalziel Racing Rosemont Stud hybrid silks claimed another city victory.

Finally handed a dry track by the weather gods, Pounding was given a near perfect steer by Jamie Kah, the first leg of a double for her and trainer Peter Moody at the VRC Christmas meet.

“The only little query was the seven-day back up, that was Moods’ concern, but he said he was in great order,” Managing owner Wylie Dalziel told racing.com post-race.

“You’d love to have a stable full of him, he tries so hard, he gives his best.”

Hard to believe given his exploits since reaching the racetrack, but Pounding, a Rosemont-bred horse, was once unwanted.

He did not attract a single bid when offered as a yearling at an online action during the 2020 Covid lockdown.

“Wylie, he’s been a great supporter of ours and Moods, we came together after he was passed in and said, ‘why don’t we do something?’, Rosemont director Anthony Mithen explained to racing.com.

“We sorted it out a few months later once I came out of the foetal position.”

It was the fifth win of Pounding’s career, taking his prizemoney earnings to $334,000 with bigger goals in mind.