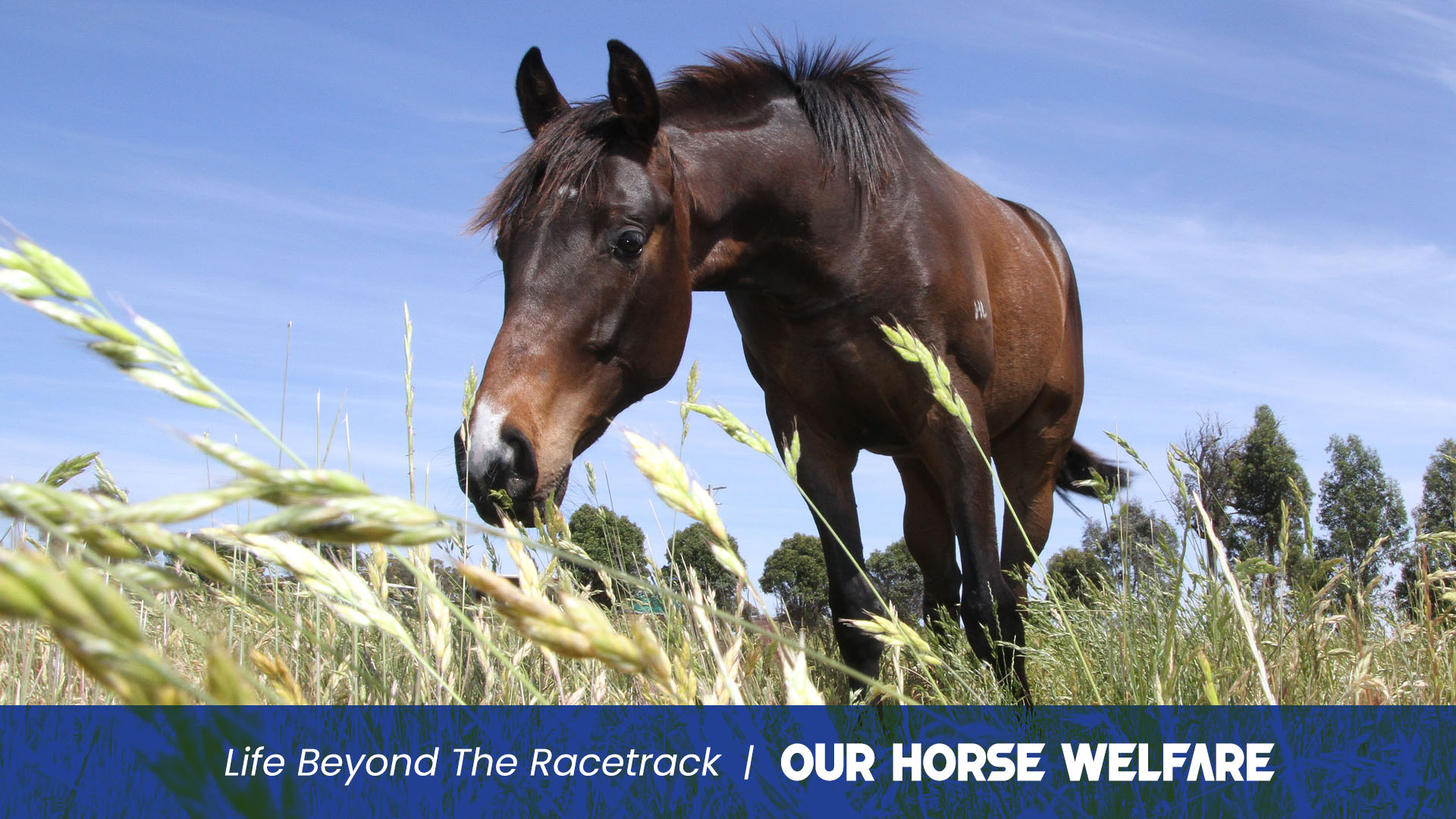 Horse welfare and finding homes for retired racehorses are some of the biggest issues facing racing as the public scrutiny of the industry continues to intensify. Millions of dollars are spent annually throughout Australia – and it’s no exception in Victoria – to safeguard thoroughbred horses which for a variety of reasons are retired on a daily basis.

Wylie Dalziel Racing is a great advocate for animal welfare and the need to not only find a horse a home after its racing days are over, but to also provide the equine athlete with a fulfilling life. And there are plenty of options. Some horses that are deemed too slow for the Dalziel team of trainers are offered for sale interstate or other jurisdictions where they can race at a lower level.

“They give us so much during their racing days and it’s only fitting that we as animal lovers reward them with a good life.”

“Racehorses give us so much pleasure and take us through the highs and lows but their welfare during and after racing is paramount to us,” he said.

“They give us so much during their racing days and it’s only fitting that we as animal lovers reward them with a good life, in a variety of pursuits, when their careers are over.”

Wylie is a big supporter of Racing Victoria’s Off The Track Program which officially aims to: “Facilitate the placement of retired thoroughbred racehorses in second careers by promoting the network of Racing Victoria acknowledged retrainers across the state, driving demand for the breed as performance and please horses and educating the community about the various life after racing options, versatility of use and the appropriate care and training of the thoroughbred.”

Wylie Dalziel Racing actively seeks another career or racing jurisdiction for their horses that has been moved on but they must all go to good homes.
And Wylie is particularly pleased with the careers of several of his former horses including:

THROSSELL won the Anzac Day Stakes. It was one of the lightly raced gelding’s three race victories. The eight-year-old gelding now leads a great life as a pleasure horse at Euroa with friends of Wylie.

CAMP VIEW was a good honest horse that won two races and had five minor places from his 11 starts.
The six-year-old suffered a career ending injury but is thriving as the lead pony at Phillip Stokes’ Morphettville stables in South Australia.

KHONSU was unraced as he developed knees spurs which kept him from making his debut on the track. But he works with other horses every day as the lead pony at Brad Pearson’s pre-training and breaking operation at Geelong.

For more information about how Dalziel Racing approaches animal welfare, please get in touch.