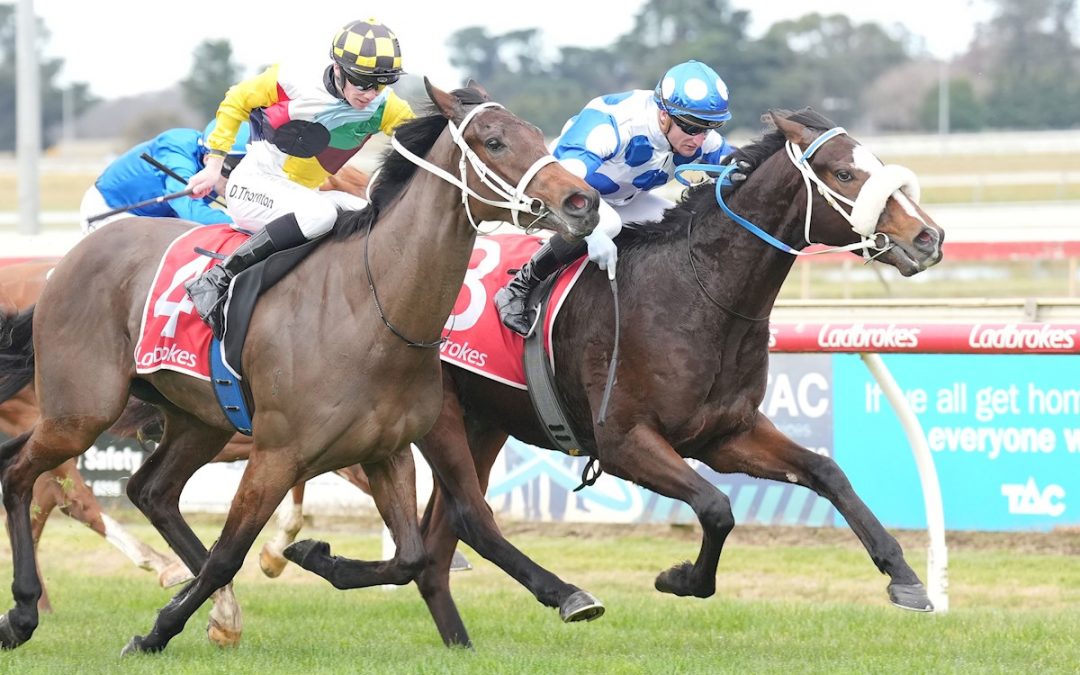 Hennessy Lad went barrier to box with a debut win which gave the impression many better races await the Kiwi-bred two-year-old gelding.

Having opened up a good break entering the straight, Hennessy Laid was challenged by the backmarkers nearing the post, only to show tenacity which defied his inexperience in fighting back to win the opener at Sale.

“I thought he was quite impressive the way he balanced up, went through his gears and, when the other horse challenged him, he really fought back hit the line really strongly,” jockey Daniel Stackhouse told racing.com.

“It was my first time sitting on him, but he gave me a good feel and I think he’s going to go through the grades nicely.”

Hennessy Lad was an $80,000 fall of the hammer purchase at the New Zealand sales by Wylie Dalziel Bloodstock and Peter Moody for a good group of owners.

By Belardo out of a Zabeel mare, Hennessy Lad will likely get further than the 1200m of his debut win as he develops mentally and physically in his three-year-old season and beyond.