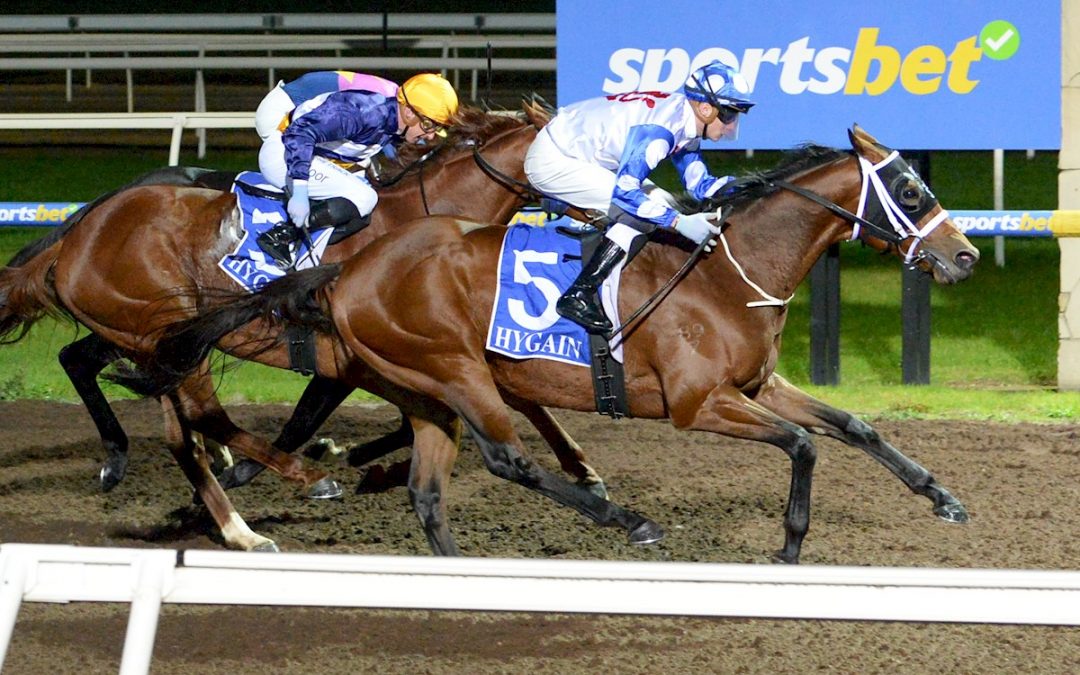 After two narrow seconds in the last month, Maui returned to the Pakenham mile and to the winner’s stall with a half length win under lights on May 26.

The Phillip Stokes-trained four-year-old relished the newly laid synthetic surface at his home base, sitting midfield from a wide gate before working beautifully into the race around the home turn to ultimately break clear of his rivals in the final 50 metres.

A 100k purchase of Wylie Dalziel and Peter Moody from the Karaka sales, Maui has shown no ill effects of the injury which cost him almost 12 months of racing and looks well positioned to build on the Pakenham win.