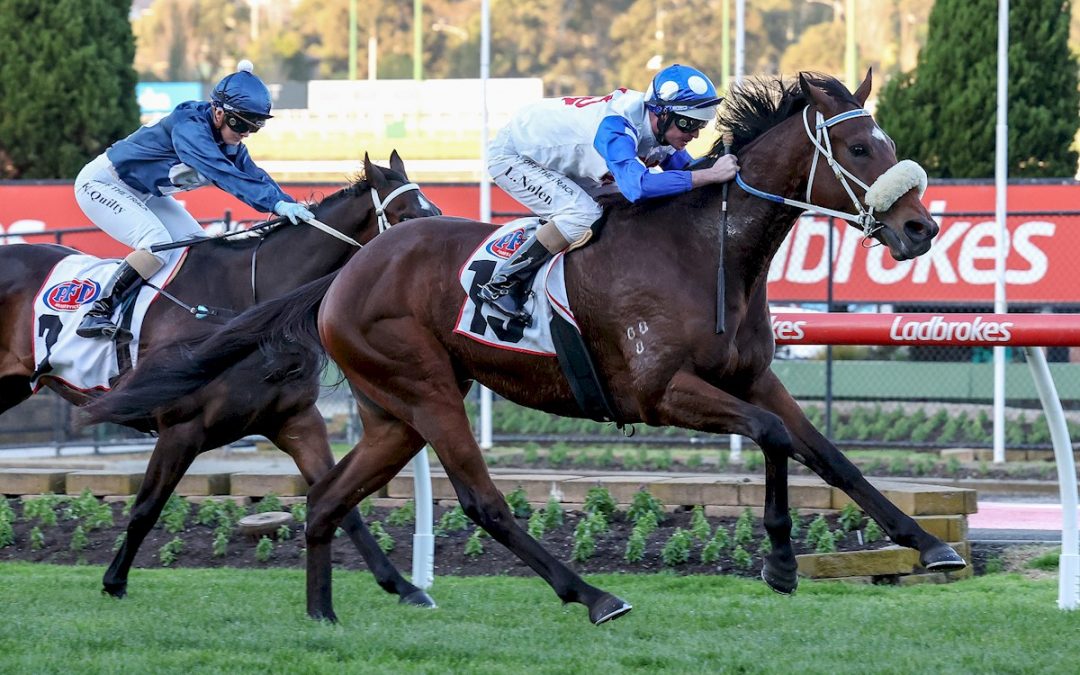 Back out to the mile and back into the winner’s stall, Pounding capped off Feehan Stakes Day at Moonee Valley with his first Saturday metropolitan win.

In his first look at The Valley since his debut almost two years ago, the four-year-old gelded progeny of Exceed and Excel and Silent Entrance was given a plumb ride from jockey Luke Nolen.

Taking full advantage of the inside draw, Nolen was able to position Pounding just off the moderate tempo before launching a charge down the straight one wide off the rail, comfortably the best part of the track on the day.

A Rosemont Stud homebred, Pounding races in the combined silks of Rosemont and Dalziel Racing, a successful partnership which has previously saluted at Group 1 level with the now retired Mr Quickie.

A model of consistency, Pounding has now won four of his 16 starts and placed in five others, earning in excess of $200,000 in prize money.

It’s expected he will now go on to better standard races and ultimately get out to 2000m in the near future.