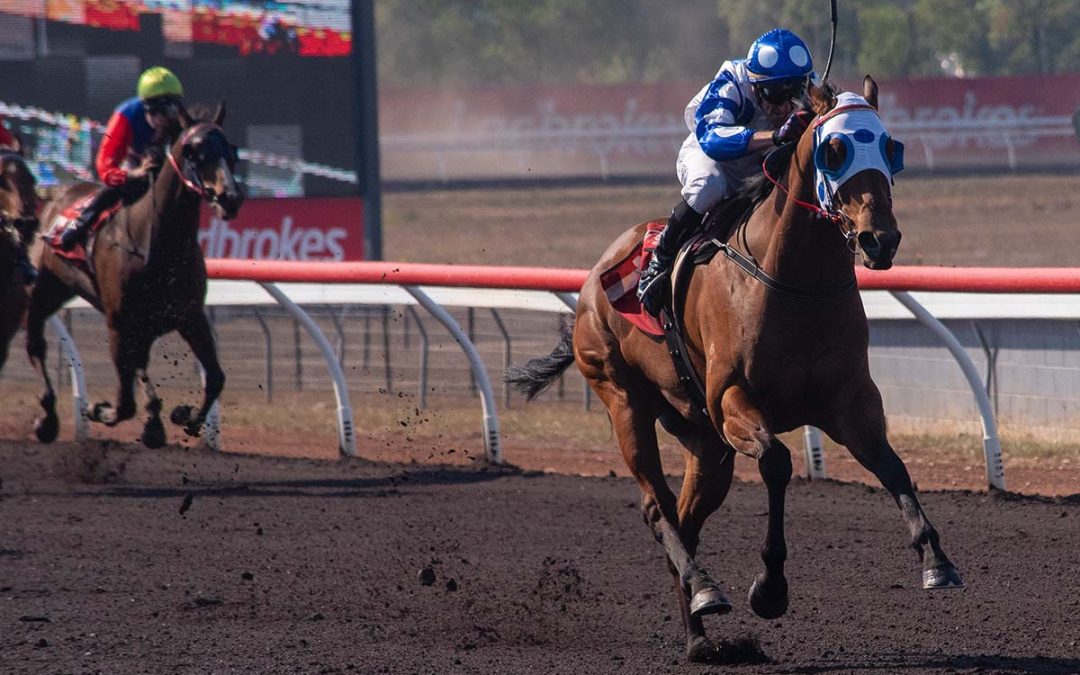 After a dominant Darwin Cup week, Rising Sphere will be set for a 2023 return, this time with a feature race in mind.

The one-time Phillip Stokes-trained gelding claimed his maiden Top End win on the official open day of Cup week by more than six lengths, before destroying his rivals again on Cup Day winning by almost three.

“We saw how much he enjoyed the really firm and synthetic tracks when he was with ‘Stokesy’, which made me think he would be a good horse to target the Darwin Carnival with,” Managing owner Wylie Dalziel said.

“Myself and a number of my owners have been going to Darwin Cup for a long time so you always dream of having a good horse capable of winning over the carnival.”

Rising Sphere was sent north in early February to the Northern Territory’s leading trainer, Gary Clarke, who added his polish to a horse with clear above average ability for Darwin racing.

That race will now become the 2023 target for the son of Exosphere.

“Clarkey said he’ll have a few weeks off before running a couple more times to get his rating up,” Dalziel explained.

“He’ll then have a longer break and be targeted at the Palmerston Sprint next year as his racing style reminds Gary of Captain Punch.”