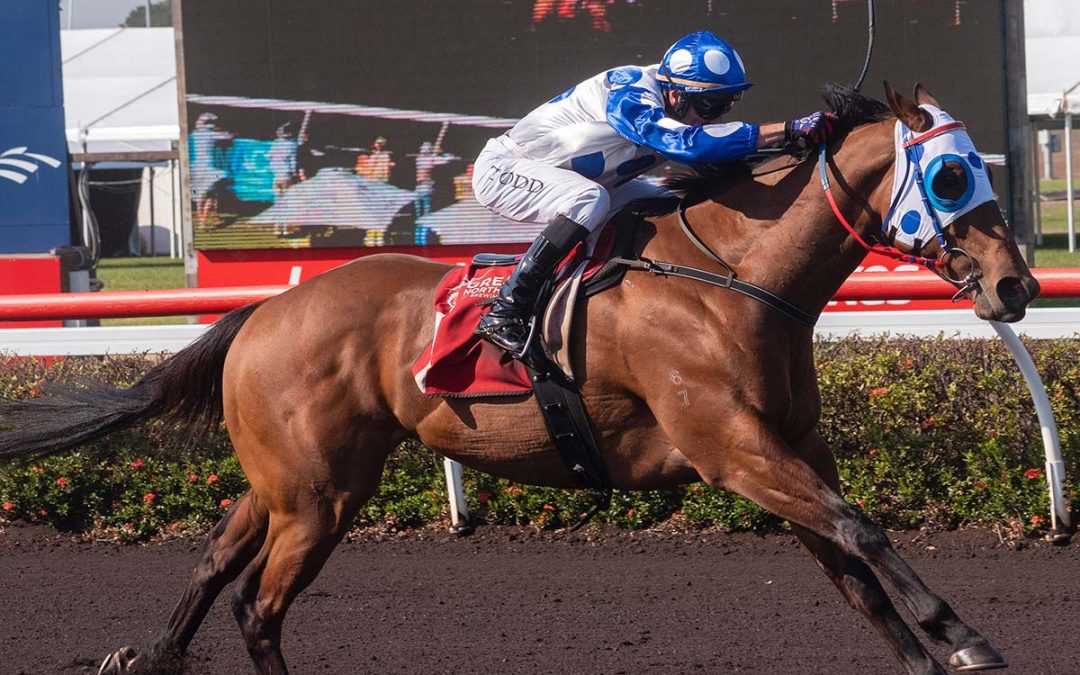 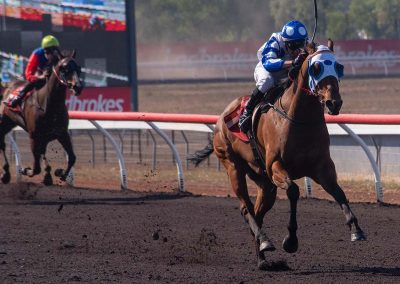 A six and a half length masterclass from Rising Sphere saw the former Victorian stamp himself as a horse to watch in the Top End.

In a blistering performance to kick off Darwin Cup week, the one-time $50k Melbourne Premier Sales purchase by Phillip Stokes and Wylie Dalziel Bloodstock and who was bred by legendary trainer Peter Moody, ran within .17 seconds of the 1100m Fanny Bay track record set by Captain Punch in the time-honoured Palmerston Sprint of 2016.

The former Phillip Stokes-trained gelding, who is now in the care of the Territory’s leading trainer Gary Clarke, made amends for his debut Darwin performance when he was bumped at the start and ultimately had no chance by blowing his rivals away.

The five-year-old pinged from the gates without issue, took up the running and pulled further and further ahead as the race progressed in a welcome boost for the wallets of many at the famed carnival who have a big week ahead of them.

He too has a big week ahead, set to back up on Darwin Cup Day where he will again be a key contender.